owensong
Sunday, 16 May 2021 / Published in Technology

At present, the high-voltage powerline inspections mainly include infrared thermal imaging detection, ultrasonic corona detection, and manual visual inspection. The effect of infrared therm imaging detection is greatly affected by sunlight, atmospheric environment, etc., usually only at night, and only the more severely damaged parts can be detected; the inspection error is large, and the detection distance is relatively limited; and because the target of corona discharge is small and weak, and in many cases it is difficult to observe human visually.

Is there a technology that can make up for the shortcomings of the existing technology, detect the leakage phenomenon accurately and timely, and suppress the danger in the bud?

The answer is yes, this is the ultraviolet UV solar Blind detection technology.

During the electrical discharge process of high-voltage equipment, electrons in the air continuously gain and release energy. When the electrons release energy, the corona will be generated and ultraviolet rays will be released at the same time. UV sensor detection technology uses this principle to detect the fault in time by receiving the ultraviolet signal generated when the device is discharged.

As a high-tech leader, China Aerospace Science and Industry Corporation has set its sights on this promising and challenging field, and recently launched an ultraviolet imaging leakage detector.

In the 207 Institute of the Second Academy of Aerospace Science and Industry of China, the reporter saw that the device is a black box-shaped machine, about the size of an Oxford English Dictionary, weighing about 3 kg, and it can be easily held by an adult with one hand. . The most eye-catching is the two lenses with a diameter of about 5 cm in front of the fuselage, one purple and one black, one is responsible for sensing ultraviolet rays, and the other is responsible for observing visible light. The ultraviolet image can accurately display the corona and discharge of the target, and the visible light image can restore the background information around the measured target. The dual-spectrum fusion image generated by the combination of the two is equivalent to clearly pointing out the target leakage position on an image.

“There are two difficulties in the development of ultraviolet imaging leakage detectors. The first is product engineering, that is, the organic combination of ultraviolet imaging technology with visible light, image processing, intelligent control, and other technologies that can form a mature product. The second is miniaturization. Only light weight can meet the increasingly mobile and flexible testing needs.” Song Yajun, the person in charge of the product, introduced. With the accumulation of technology in the field of aerospace optoelectronics where 207 is located, these problems have been overcome one by one.

Speaking of this leakage detector, there is another bright spot that has to be mentioned-it can be used on a drone platform.

In recent years, drone technology has developed rapidly. Aerial photography, search and rescue, monitoring, and even performances are inseparable from their participation.

Compared with traditional manual inspections, UAVs are flexible and have a wide range of inspections. Whether it is buildings, woods, mountains, hills, or deserts, it can reach places where people cannot reach, and it is more efficient. According to calculations, in mountainous and hilly areas, manual patrols can only patrol 1.5 kilometers to 2 kilometers per day on average, and the same patrol mileage requires only about 2 hours using drones. Compared with the high cost of helicopter inspection, its benefits are obvious-lower cost. Therefore, in the past two years, drone inspections are attracting the attention of the industry. However, due to the high technical difficulty, few manufacturers are involved in UV equipment that can carry UAVs.

The UV imager developed by 207 is small and light, and can be hung on the bottom of the drone without affecting its flight. Compared with the airborne equipment that can easily reach dozens of kilograms, it can be said to be “tailor-made for drones”. “. When flying, the distance between the equipment and the line can be as close as 5 meters (the observation distance of handheld and helicopter equipment is often tens or even hundreds of meters), so that its effect can be maximized.

After the successful development of the UV solar-blind corona leakage detector, it has completed many indoor and outdoor experimental tests in test sites such as the High Voltage Institute of the China Electric Power Research Institute and Tsinghua University. It performed well in high and low temperature, vibration, and reliability-related tests, and was finally introduced to the market. . In March, the product also received its first order, with a total amount of 10 million yuan. I believe that in the near future, they will be able to see their busy figures in the power system. 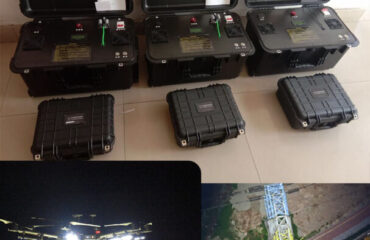 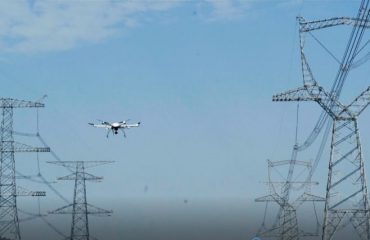