MP140 is high power and high-volume loudspeaker for the DJI M300 drone, develop on DJI SDK, control and operated via DJI smart controller-DJI Pilot. it is a special long-distance drone speaker device (LRAD), The max sound volume can reach 140dB, and the farthest speaker distance is more than 1000M. It has clear sound and strong penetrating power in the effective coverage area, and can effectively transmit voice information to the target, a large-scale aerial broadcast propaganda can be carried out, which is suitable for broadcast command and dispatch in large-scale drills and rescue scenarios. It has a strong sound dispersal mode, which can be used in scenes such as strong sound expulsion in group events and strong sound bird repelling at airports.

The MP140 loudspeaker comes with a handheld walkie-talkie and built-in a HD camera. there is no need to mount a drone gimbal camera when using the MP140 speaker, which can effectively improve the operating life of the drone. Through the DJI SkyPort V2.0 interface, it can be seamlessly compatible with the DJI M300 RTK drone. It can be widely used in military and police units, fire rescue, maritime, and other law enforcement units. 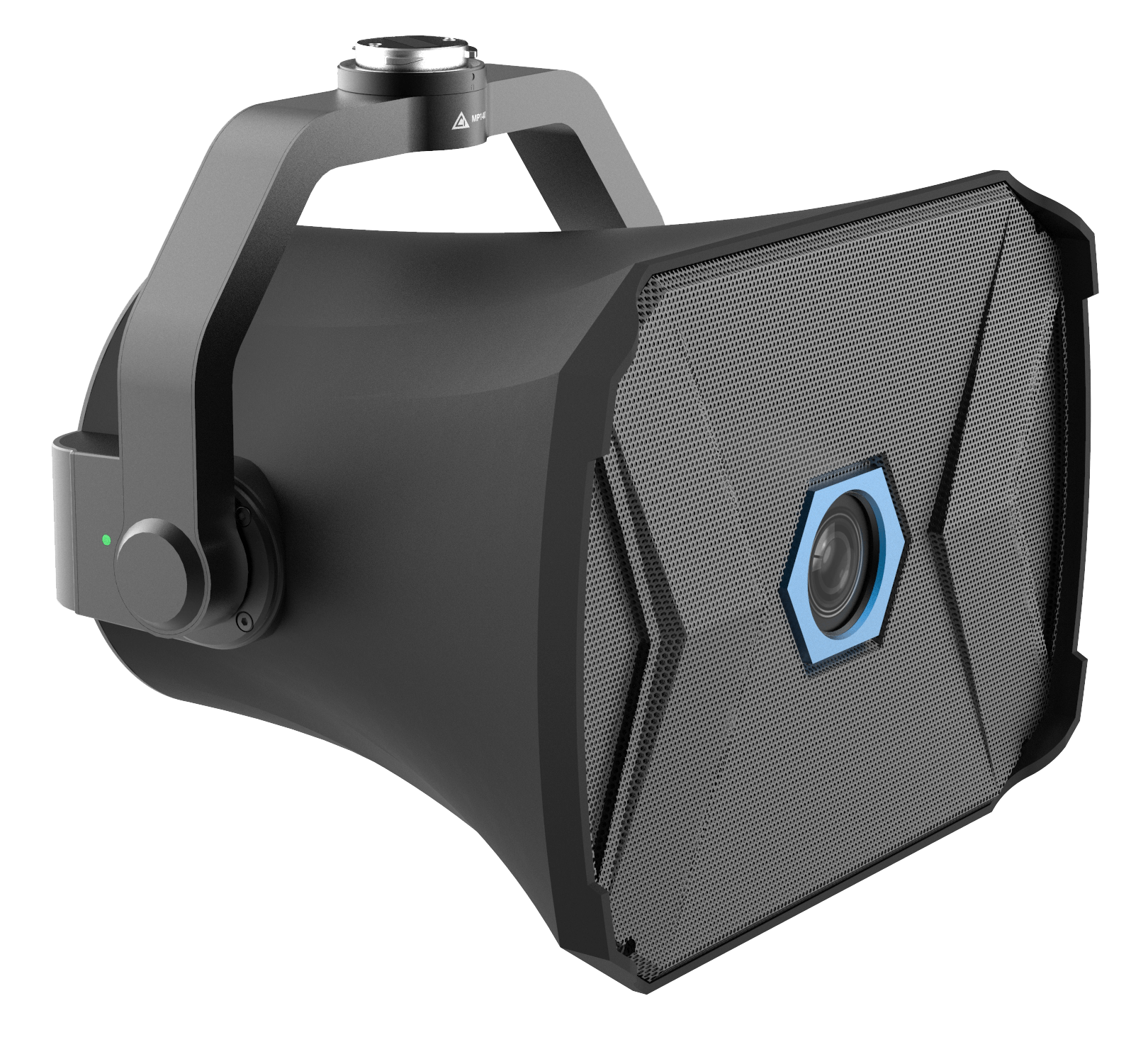